Beneficial bacteria are essentual to fish keeping and the aquarium as they process the toxic biological waste produced by the fish. The most toxic substance is NH3, free ammonia and this comes from the fish passing urine from the gills. 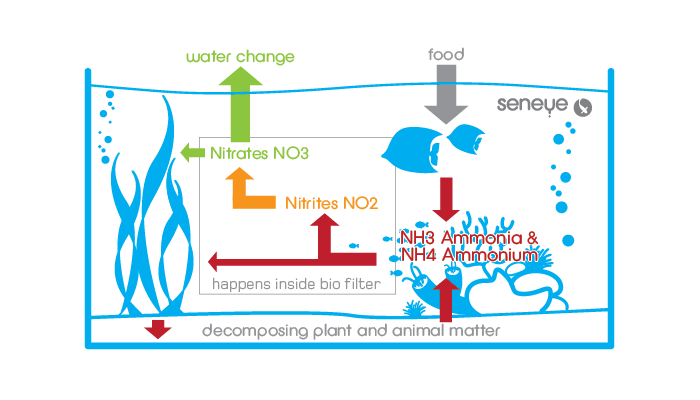 wo main types of beneficial bacteria required for water purification in fish tanks or pond; in mature ponds and aquariums they live everywhere but most prolifically in the filter system where conditions are ideal. 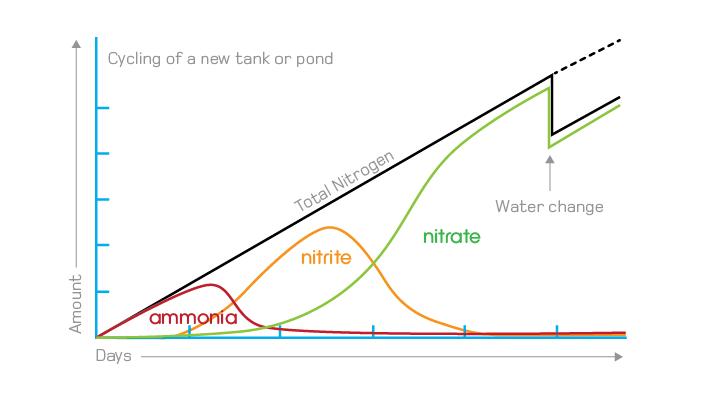 In a new aquarium or pond  you can avoid new tank syndrome by slowly cycling or maturing the aquarium, this is essential because there will be very few bacteria present in a clean new aquarium / filter and they time to mutiply.

The best plan is to mature the aquarium slowly adding fish stocks gradually and feeding should be kept lite. You should also monitor the NH3/NH4 level continously to ensure the fish are safe, if ammonia rises you can do things about it, click here for help. Because the speed of aquarium cycling depends on how quickly bacterial colonies grow here are a few ways to accelerate the process and get more bacteria sooner. One method is to migrate bacterial colonies from a disease-free established aquariums or pond by moving gravel, décor, or filter media to the new tank. Usually your local fish store will give you some dirty water to help kick start the biological processes.

As bacteria are a living organism they need to be cared for just as anything else does. Large swings in temprature, pH and pollution can cause bacteria collonies to reduce or die away, even in mature aquariums.  A seneye device can be used to watch for the changes that can cause filter crashes.

Some people use fishless cycling to establish bacteria before adding fish but this also has some risks such as understanding where the ammonia level is at all times with exahustive testing regimes. An alternative is to use the seneye device.