Brine shrimp (Artemia) are the back bone to many areas of ornamental fish culture, freshwater or marine as well as food fish production. The cysts or eggs are harvested in huge volumes because of their importance in the aquarium hobby, here is a short article explaining a little about them.

Brine shrimp can be hatched in a wide variety of salt concentration, 1.025-30 being the usual specific gravity. The cysts can also be decapsulated by just leaving the embryo to hatch and doing away with the shells. For quantity and batch hatching, good aeration, heat, and light will result in nauplii hatching in about 24 hours, the nauplii are photo positive and will congregate by a light source making harvesting easy. Once hatched harvest the nauplii and transfer them into a vessel containing clean sea water made up with the same parameters as the hatching vessel.
Newly hatched brine shrimp hatch with no mouth or anus and live off their highly nutritious yolk sac, this period is known as instar 1, after approximately twelve hours the nauplii take on their first molt and develop a mouth, anus and a basic intestinal tract, this is known as instar 2. There is a considerable range in nauplii sizes depending on the source and strain as well as a natural nutritional profile content.

Once the nauplii have reached this stage they are able to be fed on algae as it is the most beneficial and natural food. The  Easy reef product, Easy Art which consists of the algae tetraselmis has proved to be one of the most effective ways of feeding the artemia and also the most convenient. Also, further enrichment can be obtained by allowing the artemia to be enriched with Easy rich for at least two hours prior to feeding, Easy Rich consists of isochrisis and nannochloropsis which with the already enriched tetraselmis gives maximum nutritional value for the aquarium inhabitants. 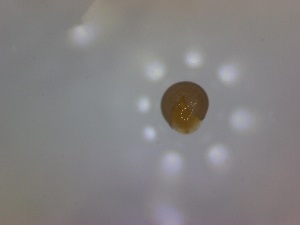 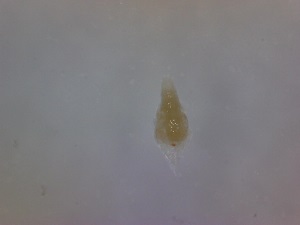 The average size of an adult brine shrimp is between 8-10 mm, they can grow larger depending on how ideal conditions are and as to how plentiful food supplies are. Their bodies are made up of about twenty divided segments and approximately 10 sets of flat leaf-like appendages called phyllopodia that beat in a regular rhythm. The adults can be pale white, pink, green, or transparent and usually live for a few months. They have compound eyes set on stalks and reduced mouthparts.
Brine shrimp are found in inland salt lakes such as the great salt lake Utah, San Francisco, Caspian sea and many other locations such as man made salt pans. They do not live in the open oceans and have the ability to live in salt concentrations as high as 50%, these extreme conditions result in no fish predation but, being photosynthesizing algal feeders, it limits food sources.
Their gills help them to deal with these extreme conditions by absorbing and excreting ions, producing a  concentrated urine from the maxillary glands. Brine shrimp can also withstand a wide range in temperatures, from 37 deg C down to room temperature. 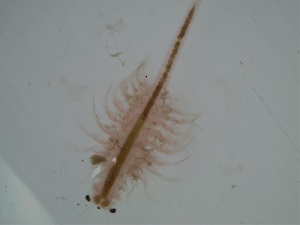