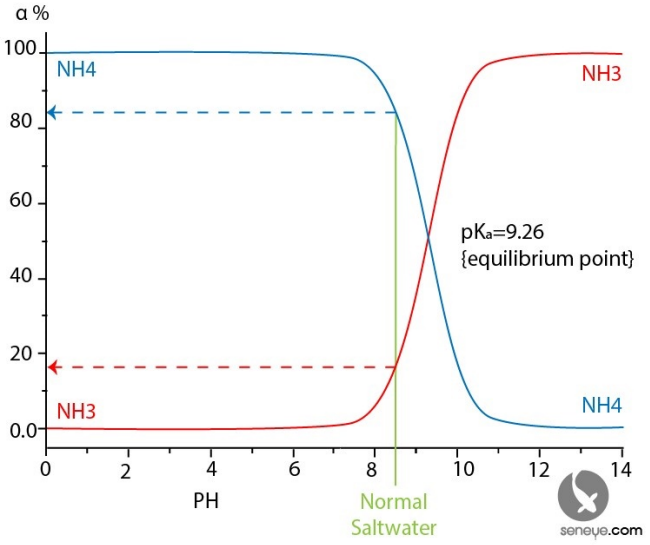 The blue line on the chart below indicates the pH where a marine aquarium normally fall and shows that roughly 10% to 15% of the TAN is NH3 and the rest (85% to 90%) will be NH4. Therefore, when any ammonia (TAN) is present in a normal aquarium, the majority of it will be NH4.